The alder tree has a scientific name of “Alnus glutinosa”. The reason for the name is because of its sticky feature of the twigs and its youngs leafs. It’s a tree that belongs to the Betaluceae family. The same one as the Birch.

Where Are They Found?

The origin of this species isn’t clear. But, it’s widely distributed around the Western Palearctic region (Europe and North East of Africa). Also, we can find these species in Asia. In the Iberian peninsula is widely distributed with most performance in the middle of the North. The Alder reaches the south in determined gullies. The performance of this tree is proofed in the Gilbratrar Countryside and the “Sierra de las Nieves”, Spain. Some specimens have been notable in Madrid and the province of Malaga in the zone of the Genal where there’s a specimen which height is 708 inches.

What’s Distinguishable of Them?

It has a faster growth and with a capacity of stump sprout. This tree has a straight trunk of brown-gray bark or brown-red in youngs specimens. The Alnus glutinosa features simple petiolate alternates leafs with rounded or elliptic form. The size of these leafs is around 1.5 inches and 3.9 inches. The board of these leafs is sinuous and finally jagged.

The Alder flowers are masculine and feminine in catkins. It has a woody fruit of 0.3 inches to 1.1 inches. The fruits seem as a small pineapple. The height of the catkins is around 1.9 inches. They have a purpure color that is dull in the winter. At the beginning of the spring, the color of the catkin is dark yellow. The feminine flowers are grouped in catkins and they have five lobes. The fruit of the Alder is too peculiar.

What Are The Uses of the Alder?

The wood of the Alder is used in carpentry due to its capacity to resist under the water a lot of years. It used to make paper, partitions, boxes factories, and sculpture. The Alder is frequently used in plywood, too. Also, it’s used as a windbreak wall. The alnus glutinosa is a decorative tree in gardens and parks. Also, these species of trees provide a healthy property in the feet and the throat.

If you are having trouble with an Alder tree in the Sheffield area give Arbor Tree Surgeons Sheffield a call on 0114 421 0125. 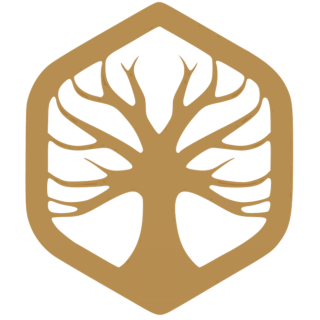 Do you have a tree that is causing you problems? Would you like it pruned, trimmed or possibly removed? It sometimes might be difficult to find a reliable tree surgeon to manage your tree problems in an professional manner. Arbor Tree Surgeons are qualified and reputable local tree surgeons, here to help. They are experts in tree, stump and root removals, trimming shaping and cutting, pruning, felling, planting and surveys. You can rely on them to remove all your tree troubles. http://www.arbortreesurgeons.co.uk